Leading with Love: An Interview with Reverend Jan Brown 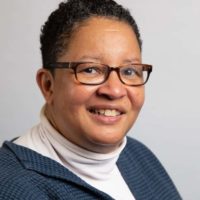 Recently we got to sit down with Rev. Jan M. Brown, the Founder and Executive Director of  SpiritWorks Foundation, a Recovery Community Organization (RCO) based in Williamsburg, VA.

Jan spoke with two of our staff, Kayla Brady and Elliot Foote, about community, substance use, and the importance of practice.

This conversation has been edited for length and clarity.

To start, can you briefly introduce yourself and the work that you do?

My name is Jan Brown. I am a woman in long term recovery, and that means I haven’t used drugs or alcohol for the past 34 years.

I am the Founder and Executive Director of SpiritWorks Foundation, which is currently operating through two Recovery Community Centers, one in Warrenton, Virginia and one in Williamsburg, Virginia.

I’m also an ordained Deacon in the Episcopal Church, and I serve at Bruton Parish Church in Williamsburg, Virginia.

How did you get started in the work you’re currently doing?

I initially got started in the recovery field by working at a drug and alcohol treatment center for health care professionals. As I was working there, I saw many people relapse and return to use, and I created SpiritWorks as a place to help people transition from treatment to the community.

The original question was, “what will someone do with the other 23 hours of their day that they’re not in a meeting?”

Or, after a three-month program, “what will someone do on day 91?”

How has SpiritWorks evolved over time? What programs did you start with?

SpiritWorks started in 2005. So last year we celebrated 15 years!

Thank you. It was a heck of a 15th birthday, but that’s okay.

We started in my living room, with a group called Women’s 16 Steps. It was made for those who wanted to grow beyond 12 step meetings or who felt that the 12 steps didn’t really speak to them. Primarily those were women and folks who were marginalized, who the group was a good fit for.

We also work with children. For several years we offered a summer camp for children who are growing up with addiction in their lives. One of the highlights of that was that they got to be around other children who understood.

We offered it for several years – one of the cool things was that it was featured on the BBC, that was fun – and then last year, because of COVID, we had to take the year off. We’re looking forward to being back with the kids this summer.

Recently, a really big transition in our work has been working more robustly and more directly with family members, and particularly with parents. That certainly wasn’t where we started. I had an interest, but we didn’t have any formal offerings for families.

But what started happening was that parents would come to me and say, “what do we do?”

And a couple of those folks asked if we could start a parents group. Some had loved ones who had been in treatment centers with a family program, but they wanted something beyond that.

Right, it’s similar to what you said before. Even when there is a family program, what do you do once it’s over for the day?

“The original question was, what will someone do with the other
23 hours in their day?”
Something that I always find interesting about community organizing work and community support work is that everyone involved in it has a reason to be there and a reason that they’ve stuck with it.

Could you talk a little bit about your motivation to remain in the addiction landscape?

One of my goals in life, my missions, is to make a difference in the life of a child. And so it’s been about figuring out how best to do that.

When it comes to addiction, we know where the next generation of people with addiction are: many are growing up in the households of people who are struggling. And yet we do very little for them. It just doesn’t make any sense.

I think these young people can have a really good life. And the grown-ups as well. We need to break the intergenerational cycle of addiction in families.

And so, I’ve stayed with it.

“For women, for people of color, for LGBTQIA folks – powerlessness does not inspire change.”
Could you talk more about what it’s been like to offer spaces for marginalized individuals and how you have worked to make those spaces accessible to different people?

Sure. I think one of the things that was really important [in that process] was this notion, in the 12 Steps, of having to ‘admit that you’re powerless.’

For women, for people of color, for LGBTQIA folks – powerlessness does not inspire change. Many of them have been told all of their lives that they’re powerless. So that’s not a helpful model to work out of.

For people with any experience of abuse or trauma, as well, the hierarchical and patriarchal nature of the 12 Steps is not accessible. As well as for those who aren’t interested in having God, as they understand God, be part of their recovery.

But 15 years ago there weren’t things like Dharma Recovery and CRAFT. 12 Steps was the best game in town, so that’s what people relied upon.

We started using the 16 Steps as a way to step away from that. To step away from [the 12 Steps] being the only thing that was offered. It was about resilience, and it felt much more empowering.

It’s interesting to think about the idea of “powerlessness” that is so common in the 12 Step model, and how it doesn’t work for some people.

Yeah – I used to be told, “Look in the mirror, you’re the problem.”

And one day I said, “Well, I’m looking in the mirror, and it must mean I’m the solution too.”

They didn’t necessarily appreciate that, but I felt like – stop beating me up! I can do that all by myself.

Is that shift in perspective something you work on with families as well?

Very much so. Early on in the recovery movement, families were actually considered “the problem.” So they weren’t included in treatment or in recovery.

Right, many family members have been told that staying involved in their loved one’s life is ‘enabling’ their substance use. What is it like to share a different viewpoint with parents?

I was talking with a mom recently, and actually stopped her as she was talking about enabling and said, “We’ve got to stop calling you all names. You’re not an enabler. You’re not trying to continue your child’s use, you’re trying to support them.”

And next day, she called me and thanked me because nobody had ever told her that before.

In our experience, parents and loved ones who want to help sometimes get nervous that they’ll ‘do it wrong’ or will say the wrong thing. And with the ITC, we’re trying to make sure people know that that’s ok. It doesn’t have to be perfect, and you can keep working on it.

For me, practice has always been something that’s really important.

It’s the age-old idea that you have to practice if you want to get better at something. And many parents have been willing to receive that idea. They’ll show up and say, “We’re here to practice.”

It is powerful to see folks continue to show up for their loved ones. And it doesn’t have to be limited to parents or family members. Change is change is change.

“I told a mom recently, we’ve got to stop calling you all names. “
Well, thank you so much for opening up about your work and your story. Is there anything else you want to share with us today?

I see us as – we’ve always been a change-agent organization. SpiritWorks is about leading with love and having love in your heart before you say something. And [the ITC Approach] helps us get there even when we don’t have the love in our heart.

You need to check in with your self-awareness and your self-compassion, so you can go out and be kind.

So much of the focus, in recovery, has been on stopping a behavior. In abstinence you remove this and replace it with something else.

For more information on SpiritWorks, their mission, and their current offerings, visit SpiritWorksFoundation.org

The Rev. Jan M. Brown is the Founding/Executive Director of SpiritWorks Foundation Center for the Soul. Jan is a person in long term recovery from addiction meaning she has not used drugs or alcohol or drugs since January 1, 1987. She is an ordained Deacon in the Episcopal Church, presently serving at Bruton Parish Church in Williamsburg, VA. She graduated from the College of William and Mary with a BA in Psychology and is certified as a Peer Recovery Support Specialist. In 2018 Jan received her Master of Addiction Science Degree from the International Programme on Addiction Studies through a specialized program with King’s College in London, the University of Adelaide and Virginia Commonwealth University. Jan is also an Addictions Educator and sought after speaker on topics of recovery-oriented systems of care, recovery support services and recovery management. Jan serves as the Chairperson of the Board of Directors of Faces and Voices of Recovery, Recovery Consultant on SAMHSA States Targeted Response (STR) Technical Assistance Center Team, Consensus Panel member for the SAMHSA TIP – Peer Recovery Support Specialists and co-chair of the Addictions and Recovery Commission for the Diocese of Southern Virginia. In 2014 she was appointed by the Governor of Virginia to serve on the Governor’s Task Force on Prescription Drug and Heroin Abuse. 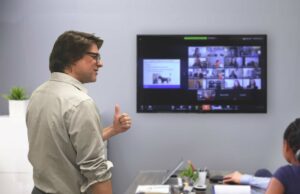 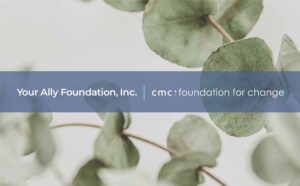 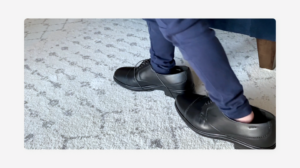 One Size Does Not Fit All: Thoughts from Heather Ross

Using Talking Circles and the ITC to Help Families: An Interview with Judge Craig Condie 

Receive monthly round-ups of updates and resources in your inbox.

As a small non-profit, donations help us do so much more for the families we serve. View our mid-year report to see our impact in 2022.
Download PDF